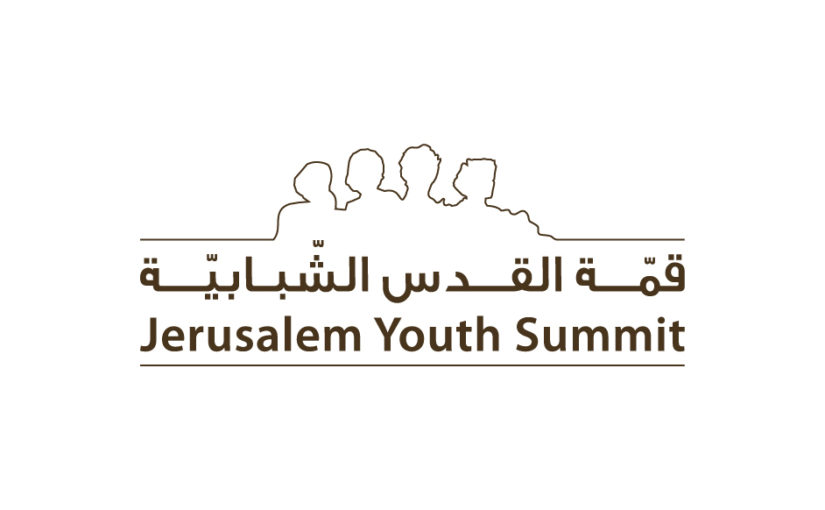 Youth in Palestine face many challenges as in the high rates of unemployment among young graduates; limited space for engagement and participation in society affairs; and underdeveloped of decision-making skills. While the youth in Jerusalem share similar problems to their peers across Palestine, their burdens are exacerbated as they struggle to resist the concerted attempts of the Occupation to undermine their cultural, social, and national identity.

In response to that, PalVision Organization, in cooperation with the British Council, PADICO, African Community Society, Burj Alluqluq Social Center, Al Quds University, Leaders Organization, and under the supervision of the Welfare Association, funded by the European Union worked to maintain the important role that the youth play in strengthening the Palestinian identity of Jerusalem and protecting its people, cultural and religious heritage through launching the first phase of “Jerusalem Youth Summit” in the Notre Dame hotel. The goal of the summit was to give youth the opportunity to discuss the challenges that they face and present initiatives to improve the social and economic situation in Jerusalem.

The second summit was based on the final recommendation of the first one, throughout a full year of hard and successful work with Jerusalemites youth within “Supporting Youth in Jerusalem Art, Cultural and Sport” project, PalVision adopted two different themes to work with youth. First these was related to the Career guidance, and the aptitude counselling. The second theme concerned about raising awareness towards the needs of the Jerusalemite labor market. Accordingly,  these two themes were the main scope of work with youth ages 14-17, whilst Economic Empowerment and Entrepreneurship were the main theme of work with youth ages 18-24.

The third Jerusalemite Youth Summit: “Civic Engagement” was implemented by PalVision and Burj Alluqluq Social Centre, in partnership with the Youth Development Department, Al Nayzak Organization for Supportive Education and Scientific Innovation, the British Council, and the Higher Council for Youth and Sports. It was funded by the Welfare Association and United Nations Population Fund (UNFPA) and attended by 350 university/school students. The summit focused on two main themes: first, mainstreaming Palestinian national identity by linking it to economic and touristic initiatives. Second, the social importance of voluntary work, especially as it attached to youth community initiatives.

With the participation of more than 400 Jerusalemite University students and several civil society organizations; the fourth Jerusalem Youth Summit titled “Identity and Culture” was the perpetuation of three consecutive Jerusalem Youth. The Summit aimed to improve Jerusalemite youth reality by identifying positive and feasible means and for the youth to invest their potential in strengthening the Jerusalemite national identity and the consolidation of Palestinian culture in Jerusalem the Permanent Capital of Arab Culture. The summit addressed several topics concerned with youth in Jerusalem and particular attention was given to address core issues in Jerusalem: Drugs, Education, Detention, Unemployment, Housing, and challenges that Jerusalemite youth are facing, introduce intervention mechanisms, and define stakeholders’ role and hold them accountable.

The fifth summit was conducted by PalVision and the Burj Alluqluq Social Center Society, under the supervision of the Higher Council for Youth and Sports, in partnership with British Council, and United Nations Population Fund (UNFPA). With the participation of more than 200 Jerusalemite University students and a number of civil society organizations, the Fifth Jerusalem Youth Summit titled “Jerusalemite Youth 2030” was the perpetuation of four sequent Jerusalem Youth which provided a platform to bring together Jerusalemite youth, youth groups, and Jerusalemites from all spectrums to discuss youth concerns, aspirations, and experiences.

This Summit was different from its precedents by the method of presenting its dimensions; political, economic, social, arts & culture, where an electronic voting system was used. It displayed the participants’ opinions directly on the screen after they voted on several various questions. The four dimensions were based on the perception of Palestine in 2030. The political dimension addressed the current Palestinian political situation, the impact of the local context and regional variables on the orientations of the Palestinian cause. In the economic dimension discussed economy in a link with the political situation and the possibilities of creating economic space for the benefit of building an empowered Palestinian State. Regarding the social dimension, the discussion focused prominently on the importance of social networking outlets and their role in influencing our social relationships. The last dimension was arts & culture, which addressed the diversity of cultures within the Palestinian communities, and the distinctive characteristics of the cultural scene of the city of Jerusalem and how its role has been declined.

Creative Restaurant Services Ltd. provides software that optimizes the restaurant’s operations without any additional burden. Its

TalkChief is a business phone system built with startups and enterprise companies in mind. Our SaaS

Creative Restaurant Services Ltd. provides software that optimizes the restaurant’s operations without any additional burden. Its

TalkChief is a business phone system built with startups and enterprise companies in mind. Our SaaS